All the comments will be moderated by the newindianexpress. Abstain from posting comments that are obscene, defamatory or inflammatory, and do not indulge in personal attacks.

Try to avoid outside hyperlinks inside the comment. Help us delete comments that do not follow these guidelines.


Tottenham Hotspur chairman Daniel Levy will not change his approach to the transfer market despite increases in revenue from "capital projects," including an improved shirt sponsorship deal. It won't impact the club's spending, however, according to Levy: "We don't feel the pressure. Our view is, wherever we can, we will improve the team. It's fair to say over recent years we have embarked on two very major capital projects, which in the long-term will be a great benefit to the club.

On top of the kit deal, Spurs have also moved into a brand new stadium that should have a healthy influence on the economic situation of the club in the future. Their increased profile and healthy financial state has led to rumours Spurs could make another big-money signing. Recent speculation involves Juventus star Paulo Dybala, per Football. I understand Spurs have indeed made contact with Juventus about signing Paulo Dybala. 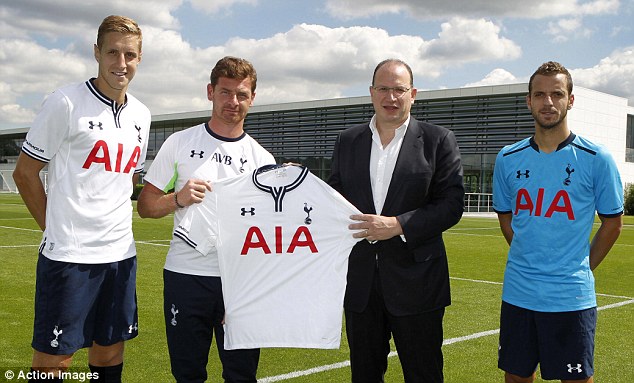